Oil Free Cooking: How to Really Rock It

Oil free cooking was completely unknown to me before I started eating the whole food, plant-based (WFPB) diet. What’s more, it would never have occurred to me to eliminate oil entirely from my cooking.

Free your mind (there is no spoon)

It wouldn’t have occurred to me because it would have seemed too hard. Believe me, it takes some brain stretching at first, since you are challenging so many conceptions about cooking all at once. “What?  No meat, dairy or eggs? No processed flours? And no oil???”

How we cook at our house is actually not WFPB; our diet at home is actually WFPBNO: whole food, plant-based, no oil.  Although those two little letters tacked on at the end don’t seem like a big deal, they make a world of difference.

You’re probably asking yourself, “How much difference does oil make? I don’t use very much.” Certainly you always try to avoid fried foods like chips, fries and donuts, right?

It is also probably true that you don’t use what you consider to be much oil. For example, you don’t deep fry.  You never use more than a tablespoon or two in your cooking, maybe only a half cup when you bake.

However, if you think about it for a while, it makes perfect sense why that oil you’re using is sabotaging your best-laid diet plans.

It adds up in more ways than one

It makes perfect sense because all that oil adds up, and not just in the calories you’re consuming.  Where it’s adding up is inside the arteries all over your body.

When you do the math, you realize that “little bit” of oil you’re using is affecting your waistline.  Those calories in the oil you’re eating every day add up to pounds on your body over weeks, months, years and decades.

Take a trip back in time

Try to envision what it was like tens of thousands of years ago, before oil was readily available in gallon jugs at a warehouse club. People were living predominantly off of unprocessed plant foods that they foraged. Animals were available only occasionally.

As a result, these humans were incredibly lean and trim.  While they didn’t live long lives due to the dangerous conditions of their everyday existence, we can be reasonably sure that diabetes and obesity, for example, were never a problem.

These “diseases of affluence”, the lifestyle-induced conditions which also include heart disease, stroke and high blood pressure, largely came into existence in the 20th century as our meat, dairy, egg, processed flour and oil consumption took off, while physical activity suffered a measurable decrease.

But let’s return to oil. Ten of thousands of years ago, how much oil do you think humans were pressing from grains, nuts and fruits? Not much, if any.  This is due to the fact that oil pressing is an incredibly time-consuming, labor-intensive task. The consumption of large quantities of oil has only been possible because of the relatively recent industrial process which has made oil cheap and abundant.

Processed, pressed oils are simply something our bodies did not evolve to consume as we do in today’s Western society.

Be kind to your arteries

Oils are one of those food substances, like meat, eggs and dairy, that irritate the delicate lining of the blood vessels called the endothelium. When we eat oil, the endothelium becomes sticky, like Teflon, causing fatty deposits to build up all around the vessel.

Over time, the build-up is so advanced that the vessel becomes almost completely blocked. Consequently, the heart has to work a lot harder to force blood through these narrow passages, causing high blood pressure.

This is bad enough as it is, but a clot from these deposits can break off and flow through the vessel, until it reaches an area too narrow to pass through. The clot gets stuck at that point and blood flow is cut off to the tissues on the other side.  I don’t have to tell you how bad that can be.

Let’s imagine though, that instead of beating up your blood vessels three times a day (breakfast, lunch and dinner), instead you only eat minimally processed plant foods, like fruits, vegetables, legumes, nuts and seeds, and other complex starches like hearty whole grain breads and tortillas, potatoes and sweet potatoes.

As a result, those fatty deposits begin to dissolve and heart disease begins to reverse.  The endothelium becomes smoother, like Teflon. Your cholesterol level begins to dive almost immediately, and your blood pressure soon follows.

The first changes begin within hours and the worst of the damage that’s been done to your body over years of eating the Standard American Diet (SAD), can largely be reversed within a relatively short period (a couple of years) if you really stick to the WFPB Diet.

So, that the “why” to oil-free cooking: make your arteries happy by letting them heal naturally with minimally processed plant foods.  Now you need the “how.”

Let’s imagine you’re going to make a hearty soup filled with beans, veggies and chopped greens.  Instead of sautéing your onions and veggies in oil as you usually would, what you’re going to use is water, or my favorite, vegetable broth.  Both water or vegetable broth work equally well but I like the extra flavor of the broth.

So you’ve got your veggies at the bottom of your soup pot. Start by turning on the heat to medium and let the veggies start to soften.  Then, as they start to heat up and stick to the bottom of the pot, add one tablespoon at a time of water or broth to the pot to loosen up the veggies. Sometimes I like to let my veggies sizzle a bit and brown slightly, but I don’t let them burn.  Continue this process for about ten minutes until your veggies have reached the desired softness.

It’s so easy and you don’t use a drop of oil. That means you just saved yourself a ton of calories and were kind to the lining of your blood vessels, preventing the dangerous fatty build-ups that could cause a heart attack or stroke down the road.

Consequently, over a period of weeks, months and years, this simple elimination of oil from your cooking will make a difference in your cardiovascular health and your weight.  It’s the compound effect in reverse and it’s beautiful to see in action.

WFPBNO baking: no need for fat

I have loved to bake since I was little so whole food, plant-based, oil free cooking was a wonderful new challenge for me.  My old recipes called for copious amounts of fat, refined flours and refined sugar that would not fit in with my new lifestyle, so instead I replaced them with new recipes that were specifically designed with healthy ingredients.

In conclusion, I am hopeful this introduction to whole food, plant-based, no oil (WFPBNO) cooking has opened some doors for you on your plant-based journey.

When you really get going with the WFPB lifestyle, you’ll want more resources on oil free cooking. I would start out with The Forks Over Knives Plan: How to Transition to the Life-Saving, Whole-Food, Plant-Based Diet, a 4-Week Meal-by-Meal Makeover by Alona Pulde, MD, and Mathew Lederman, MD.  Forks Over Knives―The Cookbook by Del Sroufe is an incredibly thorough introduction to the WFPB diet with recipes that are at once comforting and exciting.

If you haven’t already, don’t miss the landmark Forks Over Knives documentary. I promise you won’t look at food again the same way again once you watch it.

My Resources section has many more great whole food, plant-based, oil free cookbooks and films to get you going. 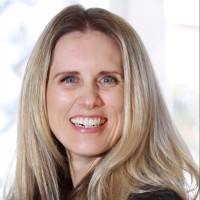 About Katherine Duarte
Hi! I’m Katherine from Plant-Based in Real Life. I blog about the whole food, plant-based (WFPB) diet for the prevention and reversal of chronic disease. I love writing about how eating plant-based foods can help you live a long and healthy life. I first learned of the “plant slant”, eating mostly plants for optimal health, from The Blue Zones by Dan Buettner, and my family decided to go entirely plant-based after watching the Forks Over Knives documentary. Originally from the American West, I lived in Mexico for sixteen years, first as a student, then as a wife and mom. I hold an undergraduate degree in International Trade from the Universidad de Guanajuato in central Mexico and a Master in Management from Southern Oregon University. In 2017 I completed the Center for Nutrition Studies’ Certificate in Plant-Based Nutrition.

Receive updates from Plant-Based in Real Life by entering your name and email address here.